Combat Action Command is an easy to learn, fun and fast rules system that accurately simulates the controlled chaos of small unit combat in WWII. Best played at the Platoon and Company level, Team Data Cards put all the information you need to play literally at your fingertips. Many gamers who have played one game, can then play using only the TDC’s without ever having to look up rules.

In addition to being “gamer friendly” CAC is miniature friendly as well. You can use your current 10-12-15-20mm troops and minis anyway they are organized or based. And while points and organization rules for tournament play are included, by agreement players may also use any other published TO&E system.

While I participated in platoon and company-level training maneuvers with the US Marines during the Vietnam War, I never actually fought in WWII or Nam or anywhere else. What I know of combat in those Wars is only what I’ve read in books, watched in documentaries, and seen in the movies and on TV shows.

I wanted to develop a game that would recreate those passages and scenes on my wargaming table. CAC was created as a tool for gamers, historians and the military to simulate and study small unit combat -- and to have fun. CAC is more of a simulation than a game, so I encourage people to test its limits and try new things. Read the designer’s notes on the About Page for how to create your own Teams.

During development CAC was extensively played at Hobby Shows, Conventions and for the Military and was universally well received by all as a fresh new approach to small unit combat. An asymmetric Turn Sequence keeps you guessing about which side moves next. Combat Action Commands allow you to “interrupt” the normal sequence of play to fire or move teams at critical times, and the unique way Combat Quality and Morale are handled all combine to create a rich new gaming experience. If you like WWII gaming, you’ll love Combat Action Command. 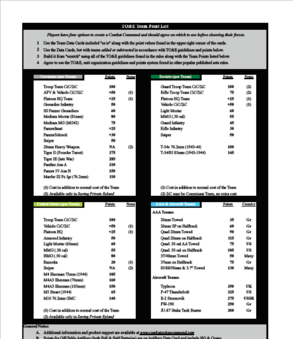 Use CONTACT US Page to request Russian Data Cards 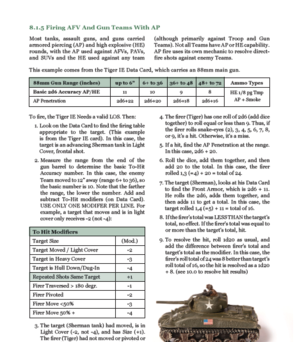 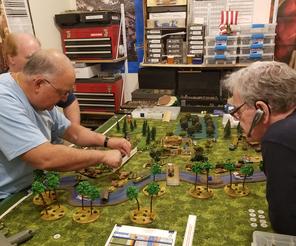 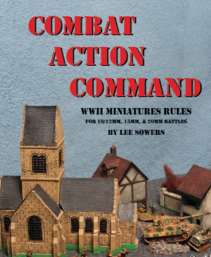